If you’ve ridden a horse at organized trail riding events as I have, you’re probably familiar with the coloured ribbon system on the tail for horses – red for potential kicker, white for sale, green for a horse in training, and generally yellow for a stallion. The system is pretty universally reproduced in trail riding handbooks too. The ribbons are a great visual aid that helps people following horses to know how far back they should keep their horse, to avoid sudden unexpected responses from the horse in front, and to ride safely in a large group.

Most every dog owner considers themselves astute to the moods of dogs. 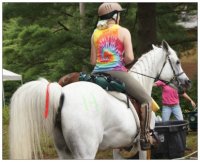 I’m probably no exception, since I don’t automatically reach down to pet an unknown dog, nor do I generally allow strangers to try to pet my dog, a 15 lb, “Lhasa-Shih Tzu-Peke.” But Coco, rescued from a Quebec puppymill in 2008 and adopted in 2009, has some “issues.” Yeah, she’s got quirks. She was afflicted with dry-eye and while in the puppymill, it was never addressed. When she and other dogs were rescued in a public raid, she went to a dog rehabber, and I found her on Petfinder in 2009, after she’d had a litter of puppies, who were also placed by the rescue. Her eyes were severely damaged as a result of the lack of care, and looking into them is like looking into a stained glass window – they are full of strange dark “creases” and “crinkles.” We give her eye drops to prevent them from worsening, but the vet says that there is almost zero reflection back out from the retina, meaning that she is almost totally blind.

I think she navigates out on walks by smell, some light and dark sensitivity, and by feeling the change in textures under her feet. She finds her food bowl mostly by smell. She won’t get better, but hopefully she won’t get worse either. Dog socialization and play classes only cause her anxiety – she cowers after only a few minutes of being inundated with playful dogs, growls and snarls at them, and retreats to my lap with her head in my armpit. At these events she’s generally looked upon as the sad misfit who will never be able to mix with the cool kids. 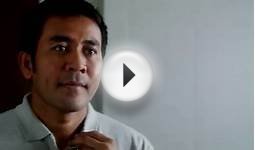 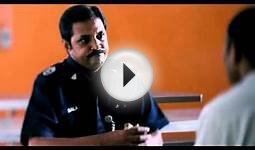 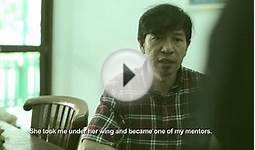 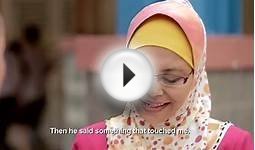