Jane wore a yellow ribbon around her neck everyday. And I mean everyday, rain or shine, whether it matched her outfit or not. It annoyed her best friend Johnny after awhile. He was her next door neighbor and had known Jane since she was three. When he was young, he had barely noticed the yellow ribbon, but now they were in high school together, it bothered him.

“Why do you wear that yellow ribbon around your neck, Jane?” he’d ask her every day. But she wouldn’t tell him.

It finally occurred to Johnny that he and Jane were going steady, and he still didn’t know why she wore the yellow ribbon around her neck. So he asked her about it yet again, and yet again she did not tell him. “Maybe someday I’ll tell you about it, ” she’d reply. Someday! That answer annoyed Johnny, but he shrugged it off, because Jane was so cute and fun to be with.

Well, time flew past, as it has a habit of doing, and one day Johnny proposed to Jane and was accepted. They planned a big wedding, and Jane hinted that she might tell him about the yellow ribbon around her neck on their wedding day. But somehow, what with the preparations and his beautiful bride, and the lovely reception, Johnny never got around to asking Jane about it. And when he did remember, she got a bit teary-eyed, and said: “We are so happy together, what difference does it make?” And Johnny decided she was right.

Johnny and Jane raised a family of four, with the usual ups and downs, laughter and tears. When their golden anniversary rolled around, Johnny once again asked Jane about the yellow ribbon around her neck. It was the first time he’d brought it up since the week after their wedding. Whenever their children asked him about it, he’d always hushed them, and somehow none of the kids had dared ask their mother. Jane gave Johnny as sad look and said: “Johnny, you’ve waited this long. You can wait awhile longer.” 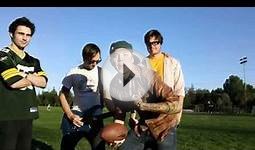 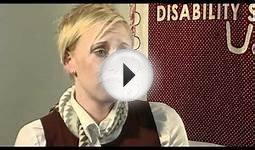