(Note: I had a number of posts written and ready to install on the site but life
got in the way and I will list some of the very weak excuses in another post. This
is one of those posts.)

Were coming home we done our time—–ain’t that the
way the song goes.

Like a couple of migrating birds we are headed back to Michigan after
a great time in paradise.

We left Thonotosassi, (Say that 3 times fast if you can), Fla. last Tuesday, April 1st, after spending a day with our youngest daughter Jeanine who was in Tampa for a conference,
and headed for Memphis.

Two campground overnight visits and a night in a Love’s truck stop
parking lot in Mississippi brought us to Memphis on Friday where we
parked our rig at the Agri Center RV campground.

We were able to spend 3 great days with our offspring who are thriving
there. The weather greeted us with mostly cold wind and rain for the
weekend but it was great to be with the Memphis family again.

Monday morning we were off headed in the general direction of Indiana
where we hoped to visit with Jean’s family. Those folks are spread out
over a large portion of Indiana and it can be difficult to get them
all together at one location because of their individual occupations
and other obligations.

Our plan was to spend some time near by while they tried to rearrange
their schedules. While waiting we thought we would get our income tax
processed.

We had spent another restful night at a second Love’s truck stop in
of all places Memphis, Ind. Off very early Tuesday morning we continued
our journey toward northern Indiana.

We stopped at an H & R tax office and while discussing our situation
with an associate there it was decided that while he could complete
our tax we would be much better off to get it done back in Michigan.

With this knowledge we went on to Niles, Michigan which is on the
Michigan, Indiana border. At a second H & R office we discovered that
we had a problem with some dividends we had received from a State Farm
insurance policy which we had closed out early in 2013.

Those problems could possibly affect our tax obligation very seriously
and the agent there suggested that we should contact State Farm and
see if we could get the issue resolved.

We realized that trying to solve this problem on the phone with some
far off central office would be next to impossible so with much
disappointment we climbed back in the truck and headed off for
Taylor, Mi. our former home town.

We did not notify Jean’s family of this change in plans because we did
not want to trouble them more with trying to change any plans that
they were working on. We decided that if they were able to get together
for the weekend we would leave our trailer in the campground we chose
in Michigan and drive back for the get together.

This decision was further troubling because it was now after 3:00 pm
on Tuesday and we had been driving since 6:00am and a further 160 miles
of driving was going to be tough.

But with the April 15, tax deadline looming and the chore we were
facing of finding a campground for the summer facing us we realized we 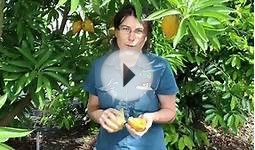 How Much Ribbon Do You Need to Make a Large Bow for the ...