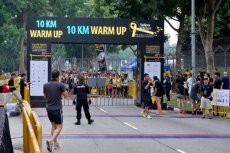 15 September 2013 – I signed up for Yellow Ribbon Prison Run ’13 for the very fact that it would have presented me with a second chance, if I had botched up my SUB40 10k attempt after 5 tries (Jurong Lake Run, KOTR, ST Run, AHM, & POSB).

After the POSB run, I had to refocus my energies on training for my IPPT. Yes, you would think that I would have no problems clearing my IPPT, but in actuality, I do. I have never been a talented jumper, & SBJ somehow always manages to present me with a predicament.

I am not proud to say that I only managed a silver in my midweek attempt in the IPPT, missing the mark by a mere 4cm. But as you know, that 4cm would cost me alot. The 0 extra incentive is nothing compared to the pride of wearing the badge proudly on one’s No.4 uniform knowing that you are of GOLD standard. 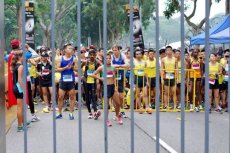 I pinpoint that problem to having walked too much prior to the IPPT, as I was bringing my tourist friend around Singapore the day before. All the walking had caused my recurring ITB injury to resurface again. I think in the IPPT attempt, I aggravated it further.

Hence, during the lead up to this race all the way till I was standing at the Start line, I could feel my ITB was still quite tight even after warming up.

Before the race, I went in with the mentality of just heading to the Start line & run without pressure, as I already broke my PB & SUB40k goal. 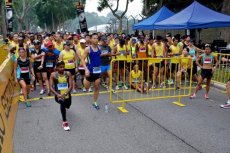 During my warmup, could see many Kenyans doing their warmups too, & Gurkhas just hanging out in front. I knew the Kenyans would come in approx. 32mins & the Gurkhas in 35mins, so I definitely had no chance of a Top10 finish, which reinforced my notion of not racing for position, rather a risk adverse come-out-in-one-piece mentality.

Saw a few familiar faces arriving & doing their warm-ups out in front, which included Ramesh, Vivian Tang, Tony Seakins. Vivian, whom I ran alongside before in Jurong Lake Run back in July was a welcomed sight as I knew she was always doing SUB40s & seemingly like a pace guide if you want to hit that time.

I was lined up in the third row, just behind the Gurkhas, but I knew that I was going to follow my own strategy of starting conservatively & finishing strong. 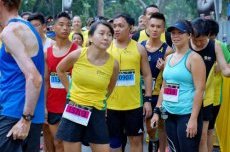 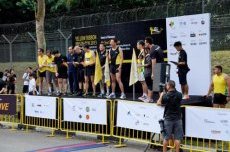 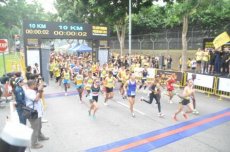 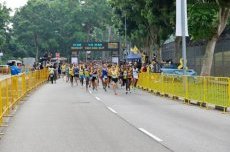 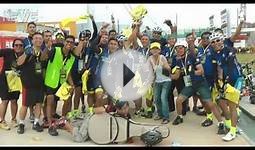 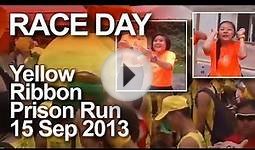