Beyond the Yellow Ribbon history

MCTC was proclaimed as a Yellow Ribbon company by the organization (BTYR) on Jan 14.

Colleges all over Minnesota have applied to become a Yellow Ribbon company, as well as corporations, in order to promise veteran support and services. Becoming a Yellow Ribbon Company means that companies have shown support for veterans in the past. During the application process, companies must create a plan that shows what they are going to do in the future to continue to show that support.

“It’s an ongoing process, ” said Emily Weiss, the Outreach Coordinator for BTYR. “The proclamation is a promise to all the work that they are going to do in the future.”

An MCTC Student, Tim Ireland, originally proposed that MCTC should go through the process of becoming a Yellow Ribbon Company. He first spoke to former MCTC President Phil Davis. Davis then spoke with Student Life Director Tara Martinez and soon they put a team together and began the process. Ireland remained consistently involved with this initiative.

“I was inspired by all the good works that were being done for veterans elsewhere, as well as Metro State being recognized and being invited to their recognition ceremony by some good friends, ” said Ireland. “At the time, our Student Veterans club as well as theirs had an excellent working relationship.”

MCTC held a proclamation ceremony Jan. 14 in the Helland Center. Before the ceremony, representatives from BTYR and the were given a tour of the photo exhibit “Always Lost: A Meditation on War” that MCTC was hosting as well at the time. The representatives were also shown the MCTC Veteran Welcome Center, a space set aside for student veterans to do work and socialize in the Helland Center.

“I really appreciate the commitment MCTC is making, not only to veterans, but to veterans and the rest of the community, ” said David O’Fallon, President of the Minnesota Humanities Center. 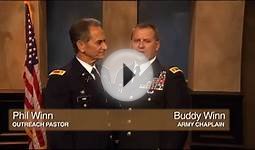 Beyond the Yellow Ribbon - All About People 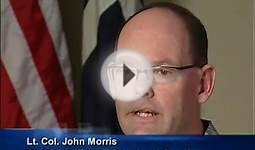 Beyond The Yellow Ribbon Documentary