Photo by Unsie Zuege Tim Lindquist and Craig Mertz understand the stresses of deployment—Lindquist as an Iraqi war vet and Mertz as a father to a soldier. They are presenters at a safeTALK training program on Thursday, March 22.
By Unsie Zuege

uzuege@swpub.com
With the recent end of the Operation Iraqi Freedom, one of the longest wars in U.S. history, soldiers across the country are returning to their families and their communities. Many of the soldiers have experienced multiple deployments, for example, Minnesota’s National Guard 34th Red Bull Infantry Division.

Multiple deployments both stateside and overseas disrupted life for them and their families—jobs, finances, relationships. Recently, Chanhassen launched a (BTYR) program to support service men and women and their families as they adjust to civilian life in Chanhassen and elsewhere.

One of the first BTYR programs is Thursday, March 22, presenting safeTALK, a mental health counseling center in the Twin Cities which operates a crisis hotline. The three hour training session will provide insight and information about recognizing and responding to signs of stress and crisis that veterans and their families may experience, as well as resources to crisis hotlines and counseling programs.

Lindquist, a Gulf War vet, was trained as an occupational therapist in the Army, eventually moving into both prevention and restoration of behavioral health. Later as an administrator, he mobilized specialists, psych nurses, and psychologists to go where they were needed in the field to work with enlisted service men and women.

When he was first deployed to Iraq in 2003, his wife Amy was eight months pregnant. One day, he sensed something wasn’t quite right. 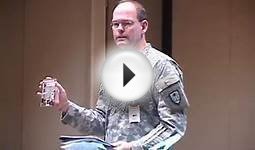 Beyond the Yellow Ribbon - Opening 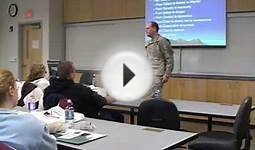 Beyond the Yellow Ribbon - Combat: The Emotional Effects