Team FatBird was kindly invited by the organizers to participate in and support in this good cause. We went and saw the following description, and became convinced of our involvement with such a meaningful cause to help ex-offenders get back to mainstream society.

The race pack collection at The National Library went smoothly, with different queues for the 10km and fun runs. Thanks to the organizers who have pre-arranged our collection with the Corporate section that allowed us an even smoother process. The booth for tee-shirt exchange was a hive of activity, as enthusiastic runners were making exchanges to ensure a good fit for race day.

I was awaken from my slumber when it started to pour buckets of sky juice at 4am. I was quietly glad that it happened early, with the hope that the rain would subside by race start. The rain was still ongoing when we reached the Singapore Expo at 6.30am for the shuttle service to the race site along Loyang Avenue. After meeting up with FatBird Runners and Kingfishers, we were handed ‘ponchos’ for us to put on while waiting for the start. Met the JM (Jia Meis) and more familiar faces near the start point. After some warm-up and with the crowd bringing on cheers amidst the rolling in of the Yellow Ribbon ‘Cubes’ to be inserted into a structure, the VIP Shanmugam flagged off the ‘shivering’ bunch of runners at 8am.


As this was my first encounter with the route, I was struck by the sheer number of rolling hills and slopes we had to manouvre. After about 4km, I decided to slow down and conserve for more challenges ahead. The rain continued unabated as we manouvre around the puddles of water and wet grounds. There was some great cheer-leading and bands along the way to keep the spirits and motivation of the runners high. I was enjoying the run while thinking of how the other team-mates would be faring in this terrain; those who had been with the Kingfisher Program would be having a field day after their good conditioning at the steeper Mt.

Faber slopes.
The slopes and rain continued to come at us till the 8km, by which time I knew the finish point would be coming; just was not sure how many more slopes we would have to go through. Along the way, there were always the waves and acknowledgment of familiar runners and kakis as we crossed each other at certain specific turns. Then I saw a long down-slope awaiting us…a few running friends picked up pace and moved ahead, indicating that the finish was within sight. The front women runners too moved up to prepare for their final challenge for one of the podium places. The final 500m saw them sprinting forward along with others who were in contention of Personal Bests to cross the finish line in exuberance. I was happy to cross when the coast was clear for a good finishing pose, and was most happy to hear the shouts of Jacqueline who was already in position to capture Kodak moments of the entire team.

After grabbing a quick drink and congratulating all who did well, I was back at the finish line cheering and having photos with those who were finishing…first the group of sub-50min runners, then the sub-60min finishers (am pleased that many FatBird Runners came in below 60min), and then the sub-70min runners. It was loads of fun welcoming the runners back as a group, and we attracted lots of attention from the official photographers who took lots of photos of the groups. The JMs and other FatBird groups did very well, and it warmed our hearts to see their happy faces and team-spirit being displayed. 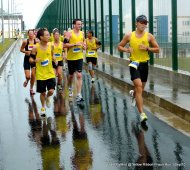 The bands were playing in the light drizzle as the satisfied runners proceeded to collect their goody bags, get massages and visit the various exhibits in large tents. In spite of the rain, there was little confusion, and traffic control as well as various collection points were smooth. A few of us holding the corporate bibs were even ushered to a refreshment area by a team out there looking for bibs of a certain colour…impressive. We spent another hour at the refreshment tent mingling with friends and running kakis, including a few FatBird and i-Runners.

The route description from The Yellow Ribbon Run website puts in aptly: The undulating and strenuous terrain of the route is representative of an inmate's reintegration journey back to society. It is an arduous task that takes a lot of determination and resolve from the individual. The community too plays an important role! Aptly summarized by the theme "Beyond The Run", this run is all about the community coming forward to show their support for inmates, ex-offenders and their families.
We certainly felt the challenges and undulations of the terrain during the run, and the weather added an element of hardship to make it even more arduous. We are glad to have braved the elements and kept up with the challenges thrown to us, and eventually completed the journey with much joy and happiness in our hearts and minds, knowing that we have come together as a community to show our support and encouragement to the Yellow Ribbon cause. We have gone “Beyond The Run”. Thanks to Yellow Ribbon organizing committee for giving us this opportunity.
Based on our team's experiences and feedback from the runners, the whole event was a tremendous success in spite of the weather. From registration to race-pack collection, customer service and attention to details, to actual race route and distance (yes, it was accurately 10km from the various readings from Garmins & Polars), post-race support and transport. If there is one area of improvement, it would have to be the location of the start/end points, requiring major roads to be closed. That affected the incoming buses ferrying the runners.

Overall, a FatBird Race Rating of 3.5-BIRDS out of 5. Congratulations to the Yellow Ribbon Prison Run organizers for a well organized race. 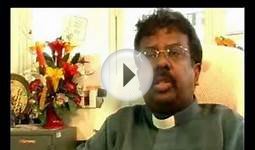 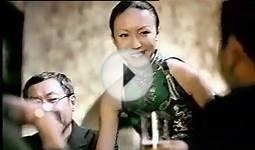