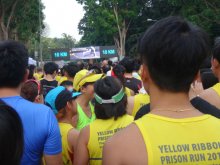 There were two running categories for this race – a competitive 10Km race and a 6Km Fun Run. I participated in the 10Km run.

Took runners past many historical sights 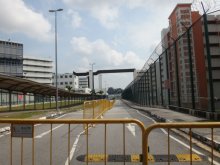 Both of the race routes took runners past various historical sights around the eastern part of Singapore. These included the Selarang Camp, the Johore Battery, the Changi Chapel and Museum and the old Changi Prison wall. The run ended at the Changi Prison Complex itself.

A deviation from the majority of races, which mostly end in the city, this running event gave runners a visual impact of how Prisons have transformed into a new generation Prison Complex, catering to the security and rehabilitation of prisoners. 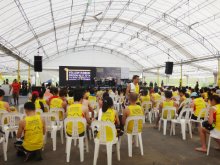 Many runners enjoyed the unique historic race route this morning. Said 36-year-old entrepreneur Shawn Lee, “The route and scenery was good, because we got to go around the places in Changi, especially inside the prison. It was a special run, because it gave you a glimpse of what the prison is actually like inside.”

Agreed 30-year-old Esther She, who works in public relations, “It was very interesting because we passed by a lot of heritage landmarks, including Changi Prison so this made the run very meaningful and unique. It was like experiencing a totally different part of Singapore.”

Would be more meaningful to see the actual prison cells

However, fellow runner Jessica Chiang, a 25-year-old who works in the legal sector, felt that the event would be more meaningful if the race organisers had let runners have a glimpse of the actual cells within the prison. 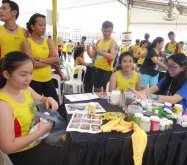 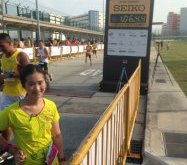 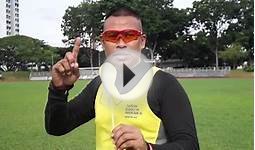 Join the Blade Runner in the Yellow Ribbon Prison Run 2014! 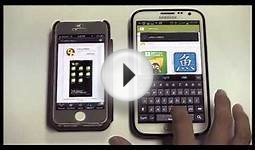