TIME TO BE KIND: Yellow Ribbon program offers help to troubled students May 8, 2015

There are a million places the thoughts in a teenager’s mind can go when faced with adversity, but there isn’t always a place for the teen to turn.

As part of a growing and expanding Yellow Ribbon program at schools throughout Montcalm County, students and staff are working hard to offer those struggling with thoughts of self harm or suicide a place to look to.

Founded in 1994, the Yellow Ribbon program is geared toward preventing teen suicide. Local school districts jumped on board in the last several years, building their own student-run programs.

Like the national program, local groups focus on taking preventative measures for those who have thoughts of suicide or self harm, whether the result of bullying or something else. And unfortunately, statistics show these issues students struggle with in Montcalm County. 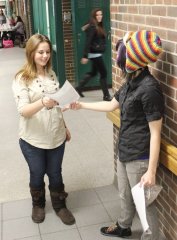 Since 1996, Montcalm County has had a suicide and intentional self harm rate significantly higher than the state and national average. In 2009, the most recent data available from the Michigan Department of Community Health, Montcalm County saw a rate of 15 people per every 100, 000 commit an act of self harm, including suicide. That dwarfs the statewide rate of 11.1 in the same year.

“There was a time Montcalm County had the highest teen suicide rate in the state of Michigan, ” said Penny Dora, executive assistant with the Montcalm Area Intermediate School District and countywide coordinator for the Yellow Ribbon program. “That is the reason we wanted to come up with a program that brings awareness and shows people there is help out there.”

So in 2006, Central Montcalm founded the first local Yellow Ribbon club, led and run by students. Since then, each of the other seven districts in the county have established groups, some at the high school level, some in the middle school and in some cases both. 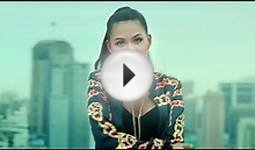 Yellow Claw - Till It Hurts ft. Ayden (OUT NOW!) 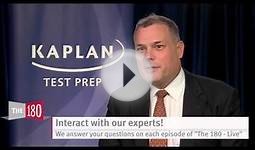