OK, I am fed up. Cesc Fabregas joined Chelsea, and a few days ago, had a decent game for them, setting up 2 goals. Unlike many, however, I am not fed up due to Cesc playing in the blue of Chelsea. I am fed up due to the lack of respect Arsenal fan’s are giving to players in the current Arsenal side. I am going to make 2 statements:

Cesc Fabregas and Mesut Ozil are direct comparators. Both play in the number 10 role. The attacking midfielder. It is the presence of Ozil that led to Arsene Wenger not buying Cesc. And lets look at the stats.

Lets compare their stats since 2011/12 (when Cesc left Arsenal) for club and country (League, Europe and Inteernationals):

Ozil is the king of assists, Fabregas is merely the prince.

The story go’s that when we were in Barcelona to discuss the Alexis Sanchez deal, Cesc got word of it and was excited as he thought Arsenal were coming in for him. He called Wenger and was promptly told it was Alexis Sanchez that we were after. Both were available, we chose Sanchez.

Both men joined Barcelona in the summer of 2011, how did they fair?

If we were after pace and goals, Sanchez is the better player.

One way to accommodate Cesc Fabregas would be to drop him deeper, behind Ozil. That would result in dropping Aaron Ramsey. CRAZY. Lets look at the full league stats from last season: 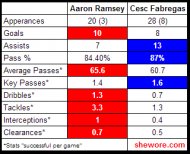 It is no contest. Aaron Ramsey out performs Cesc is almost every important department of an all-round central midfielder.

So next time you are sitting crying over Cesc, or getting angry that we did not sign him, remember, we have 4 players in our side who would keep it out.

My bet of the season? Ramsey, Walcott and Sanchez to score more goals than Cesc, Mesut Ozil to get more assists. 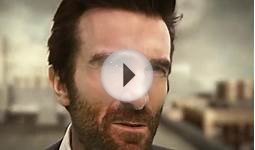 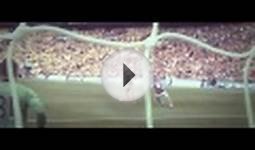 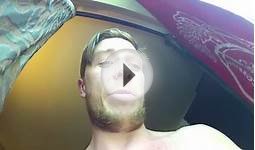