So, you already have my conclusion…shall I proceed with any particulars? Yes, I shall—but no spoilers!

She Wore a Yellow Ribbon is part of John Ford’s cavalry trilogy (the others being Fort Apache and Rio Grande). I haven’t seen the other two, but my brother has and says you can really watch them in any order. (As a note, there are multiple actors who are in all three, but—so far as I know—only one has the same name and role, which can be a little confusing.)

It’s filmed in Monument Valley, of course—and the musical score is positively thrilling…

And though the entire story as a whole is tremendously character-driven, it’s yet done with an incredibly understated amount of description.

There are quite a few unexpected twists and turns—including the entire weight of conflict being in a different place than I expected (which was itself one of the twists)!

I can’t say much more without totally giving it away, but I will say it’s about older men having to pass the reins to the next generation—and about younger men maturing to fill their role—and about leadership and trust and responsibility.

And all done with a classic (and again, understated) rough-and-ready, shoulder-to-shoulder camaraderie.

I really honestly can’t say any more without spoilers…so in ending I shall just conclude by saying that (...ever since watching it my sister Arwen and I have been having periodic ecstatic-sister sessions about it...)—ahem!—by reiterating in short that I most heartily and thoroughly enjoyed it, and can and do most highly and thoroughly recommend it!! 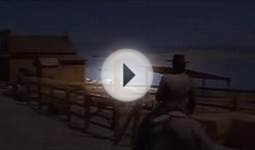 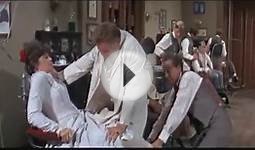