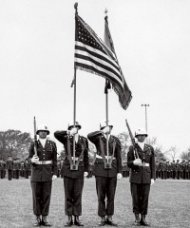 Drexel’s long-standing dedication to military veterans continues to this day in its unqualified support of the Post-9/11 GI Bill™.

A modest room inside the century-old Armory on Drexel’s campus hangs the first infantry flag flown on the field at the Battle of Gettysburg. This rare artifact keeps company with lavish swords presented to Civil War officers, a soldier’s wooden leg from the Mexican-American War, and an early 19th-century military accessory known as a tar-bucket hat.

These are just a few of the gems in the collection of the little museum, generally not open to the public. It’s dedicated to the 103rd Engineering Battalion of the National Guard, the oldest continually existing military unit in the state of Pennsylvania. Curator Mike Benson can tell story after story about the battalion’s history, including the fact that in 1922 the unit decided to make engineering its focus.

“We did that because we were right here on Drexel’s campus, ” says Benson. “It was like, ‘Hey, look at all the engineers!’”

Down the hall from the museum is the Reserve Officers’ Training Corps headquarters and the gymnasium where young ROTC members train. Until 1969 all male Drexel students were required to participate in the ROTC, and when they completed their qualifications they got a commission as a 2nd lieutenant. 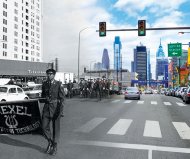 The Armory is also home to the Veterans Lounge that was opened in 2011 for student veterans to study, socialize and host meetings. The space includes a small collection of art by internationally recognized graphic artist Poto Liefi from his “Freedom’s On Me” series.

While the Armory is a nexus for Drexel’s ties to the military past and present, the spirit of dedication to military personnel fills corridors campus-wide.

Since Congress passed the Post-9/11 GI Bill™ in 2008 to provide up to 36 months’ worth of tuition aid for those who served in the military after the 2001 terrorist attacks, Drexel has created an elaborate welcome network and a generous tuition waiver for veteran students.

The Post-9/11 GI Bill™ pays the full tab at state public universities but generally only a percentage of private-school tuition. Drexel, however, went to the next level. It joined the bill’s Yellow Ribbon Program, in which institutions agree to cover full tuition in conjunction with the Department of Veterans Affairs above the standard amount paid for by the government.

Unlike many other Yellow Ribbon universities, Drexel doesn’t put any limits on how many veterans can enroll or on what they study. 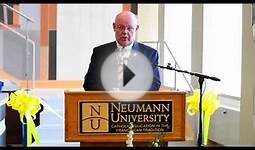 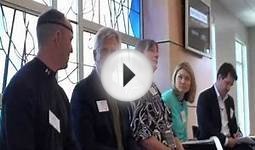 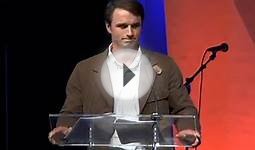 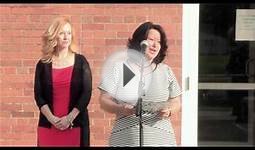