NEW ORLEANS - In March 2014, the Louisiana National Guard will host its 29th Yellow Ribbon Reintegration training event on behalf of its Army and Air Guardsmen and family members who are involved in the current overseas deployment cycle.

These 900-plus participants will join more than 1.1 million Guardsmen and family members nationwide who have attended Yellow Ribbon events across the country since the program's inception in January 2008.

According to the director of the LANG Reintegration Office, Lt. Col. Ed Bush, who oversees the Yellow Ribbon Reintegration Program (YRRP), the purpose of this DOD mandated training is three-fold.

The LANG's first Yellow Ribbon event occurred in 2008 for approximately 180 Guardsmen and 100 family members who were in the post-deployment phase following overseas deployments in support of Operation Enduring Freedom in Afghanistan and Guantanamo Bay, Cuba. Since then, approximately 15, 000 LANG Guardsmen and family members have attended at least one Yellow Ribbon training event.

In the early years of the LANG YRRP, participants attended separate events according to their particular phase of deployment: pre-deployment, during deployment (in which case family members were the participants) or post-deployment. Although these events were held in the relaxed atmosphere of community hotel or conference facilities, they were focused primarily on DOD mandated training in the areas of health care, education & training and financial & legal benefits.

After the first few years of YR training events nationwide, feedback from participant surveys and program after-action reviews suggested that changes were needed to make events more relevant and enjoyable for all participants regardless of their phase of deployment.

"When we started, it [the Yellow Ribbon Reintegration Program] served its purpose, and it still serves its purpose. But it still needs to be refined a bit, " said Salotti.

Bush and the program manager of Louisiana's YRRP, Capt. Rebekah Andersen, took this feedback to heart and did more than just refine LANG's program - they restructured it. 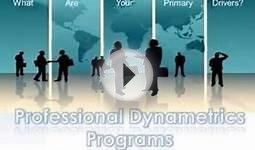 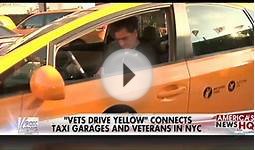