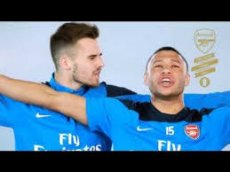 THERE was a time when reaching the FA Cup final would mean champagne celebrations, suit fittings and a trip to the recording studio to mark the occasion with an ear-splitting song for the pop charts. Sadly, there hasn't been a whisper from Arsenal about the chances of Olivier Giroud and Santi Cazorla trying to top the charts with a bit of celebratory crooning. Instead, fans will have to make do with a handful of the players singing the fans' unofficial cup anthem, She Wore A Yellow Ribbon. Produced by the club to remind fans who have not scored a cup final ticket so far that they can watch the clash with Hull City next week on giant screens at the Emirates Stadium, defender Carl Jenkinson and midfielder Alex Oxlade-Chamberlain provide the real passion in this effort. Meanwhile, Per Mertesacker starts flailing his arms around, and Bacary Sagna produces a sort of mockney accent to sing the 'Wem-ber-lee' bit. Maybe the least said about Thomas Vermaelen's robotic verse the better - and yet it surely still trumps the efforts of the Arsenal players of 1993, who dodged the charts with their often-forgotten - can't think why? - cup final song, Shouting For The Gunners.

The classic. Unbeaten. The double-winning team crashed out the tune of Rule Britannia with: 'Good old Arsenal, we're proud to say that name'. It's still occasionally sung among the fans. Not all of them know that Jimmy Hill, the player turned pundit, who came up with the lyrics. He had felt Arsenal needed a rousing anthem to match Liverpool's You'll Never Walk Alone and a pounding battle cry similar to the classic England squad World Cup song, Back Home, released the previous year for the 1970 World Cup.

In 1993, Arsenal made history by becoming the first English team to win both domestic cups. Strangely, they won both finals against luckless Sheffield Wednesday. Rarely remembered outside the home support now, Ian Wright led the sing-song beforehand when the Gunners recorded, Shouting For The Gunners. Of its time is probably the kindest review you can give it. 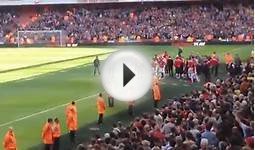 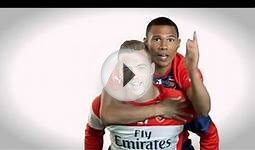 Arsenal stars sing ‘She Wore A Yellow Ribbon’ ahead of ... 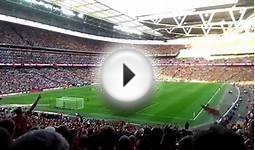 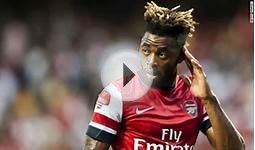