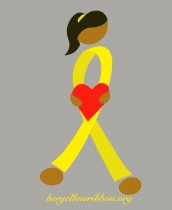 Endometriosis is a disorder of the female reproductive system affecting over 5.5 million American women and 10 percent of women worldwide. According to the Saint Louis University Center for Endometriosis, it is the culprit in 15 to 80 percent of chronic pelvic pain sufferers and in 21 to 65 percent of women examined for infertility.

The phrase, ”endometriosis awareness”, sounds like an oxymoron. If high blood pressure is the “silent” killer, then endometriosis is often the raucous, chaotic devastation that blazes a path through the lives of its victims. While some women have little to no symptoms, more patients are fully aware that something is terribly wrong. One or more of the following symptoms usually send them to the care of a doctor:

Pain is a predominant symptom of endometriosis because it occurs when tissue, that would normally only be found lining the uterus, forms outside of the uterus. The tissue is filled with cells that swell, thicken and bleed. This activity is essential to proper menstruation when the endometrial cells are inside the uterus. However, outside of the uterus, they form into painful, bleeding cysts on the Fallopian tubes, ovaries, and surrounding organs in the abdomen. For 30 percent of endometriosis patients, this arduous, painful existence results in the psychological devastation of infertility.

Endometriosis awareness is, in fact, essential for non-sufferers. Awareness is expected to promote reproductive health care by encouraging women to schedule gynecological visits. You may have a mother, sister, aunt, cousin, or dear friend whose life is gravely affected and you don’t even realize the extent of her disability. Awareness promotes caring and support, including raising funds for research to produce more effective means of treatment and prevention.

#HerYellowRibbon is an organization committed to spreading awareness of endometriosis. These activists arranged the upcoming “Million Women March for Endometriosis” on both coasts of the United States. On March 28, 2015, endometriosis fighters will march in solidarity in Washington, D.C. and Palo Alto, California. Want to join the walk? Register here. 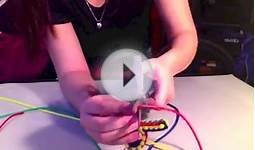 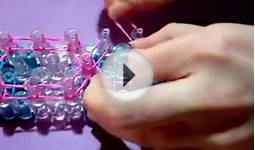 How to Make an Awareness Ribbon on the Rainbow Loom ... 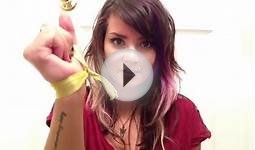 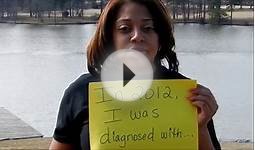