Display of a Yellow Ribbon is a sign of loyalty to family, friends or loved ones away in the military, or to welcome them home

Did you ever wonder where the Yellow Ribbon Support Tradition came from? Many think it came from the 1973 Tony Orlando and Dawn all-time classic: “Tie a Yellow Ribbon Round the Ole Oak Tree.”

Actually it came from the Classic 1949 Movie with John Wayne " She Wore A Yellow Ribbon " directed by John Ford that stars John Wayne in which the female lead Wore the yellow ribbon to express her undying love for a cavalry officer. The Cavalry uniform pants had a yellow stripe down the pants; thus the yellow ribbon.

Show you support the troops by displaying a ribbon!

The Yellow ribbon has many causes that use of a yellow ribbon represents. One of the oldest is teenage suicide prevention, the Canadian Cancer Society, and a common uses to demonstrate some form of hope. Often tied around a tree near a place of a loss or tragedy. Yellow ribbons have been used for the hope of finding a lost child or as a marker were loved ones lost their lives has become common place.

Shortly after the Yellow Ribbon caught on, other stories and ideas of demonstrating support came about. One of them is wearing Red on Fridays. The exact origin of this is believed to be in the US but is not verified. After the trendy fashion of wearing RED began to sweep the nation, two Canadian wives of the military had a large rally in the Capital of Canada - Ottawa. The Red Friday trend was adopted by Red Fridays Foundation of Canada and made into a worthy cause to raise funds to support our troops in many ways. As a result, a new ribbon was developed that shows the Canadian support of their troops as a Canadian Flag / Maple Leaf. 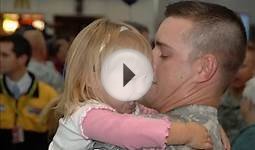 Salute And Thanksgiving to Our Troops 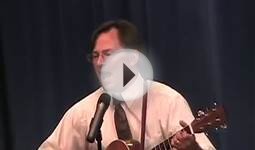 "Thanks For the Support" by Roy Zimmerman