Yellow ribbon campaign to save trees gets city's attention July 20, 2015

Eric Emin Wood/Town Crier SAVE OUR TREES: Mildenhall Road resident Rick Hutcheon has distributed these signs throughout Lawrence Park, urging residents to contact Ward 25 Councillor Jaye Robinson if they want to prevent 349 trees in their neighbourhood from being uprooted during future construction.

Lawrence Park residents who fear an upcoming sewer replacement program could also replace 349 of the old-growth trees that cover the neighbourhood will soon have another chance to share their concerns with the city.

Lawrence Park residents have until June 19 to submit comments about the program, which will be revised by city staff during the summer before an updated version is unveiled at a new community consultation meeting this fall.

This comes after concern was expressed by local residents, including Rick Hutcheon, who distributed lawn signs in the neighbourhood urging residents to “save our trees” by contacting Ward 25 councillor Jaye Robinson.

“We wanted to create awareness amongst the neighbourhood of what the city is proposing, ” said Hutcheon, who designed and distributed the signs and flyers with his wife, Kim. They also tied yellow ribbons around trees that the present version of the program would remove in favour of new infrastructure.

“We need new sewers, no question about that, ” Hutcheon said. But he cited nearby Hoggs Hollow, where similar work last year resulted in the removal of only 12 trees. “There must be some way to solve the sewage problem while leaving the trees.”

The program’s previous deadline for community consultation feedback was May 29, and there would have been no fall meeting without the neighbourhood’s residents signing one of multiple petitions circulated by Hutcheon and his supporters, city staff close to the project said.

However, the city’s executive director of engineering and construction services, Michael D’Andrea, said the current version of the sewer replacement program is a “desktop exercise” and far from final. 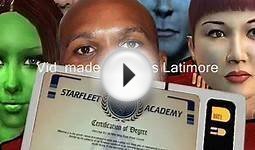 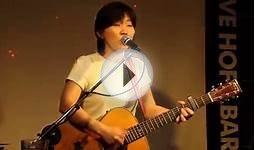 강지민 - Tie a Yellow Ribbon Round the Ole Oak Tree ...