Yellow Ribbon on the Tree

Jailed Man Who was Forgiven by His Wife (Yellow ribbons on a tree) January 29, 2016 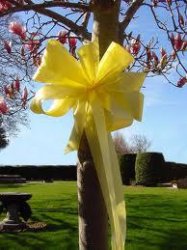 The New York Post carried the story of a group of young people travelling by bus on a holiday trip to Fort Lauderdale in Florida. Not long after leaving, they noticed the dark-skinned, middle-aged man, poorly dressed, and looking quite worried as he sat slouched in his seat, head down. When the bus pulled in at a roadside cafe, everyone got out except Vingo, as the young people had named him. The young people were curious about him.
Where had he come from?
Where was he going?
Finally, one of them sat next to him and said, ‘We’re going to Florida, would you like some of my Coke?’
He took a swig and said, ‘Thank you.’ After a while he told his story.
He had been in a New York prison for four years. ‘While I was away, I wrote to my wife and told her I’d be away for a long time, and if she couldn’t take it, she should just forget about me. I told her not to write or nothing and she did not. Not for three and a half years. ‘Then he said, ‘She’s a wonderful woman, really good, really something.’
‘And now you’re going home, not knowing what to expect?’ the girl asked.
‘Yes, ’ he replied, ‘you see, last week when my parole came through, I wrote to her again, I told her I would be coming by on the bus. As you come into Jacksonville where we live, there is big oak tree. I told her that if she would take me back, she could tie a yellow ribbon on the tree and I would get off there and come home. If she did not want me, forget it. No ribbon and I’d keep going.’
The girl told the others and soon they were all involved, looking at pictures of Vingo’s wife and children and all getting more anxious and nervous as they approached Jacksonville. There was a hushed mood in the bus. Vingo’s face tightened. Then suddenly all of the young people were up out of their seats, screaming and shouting, crying and dancing, all except Vingo. He just sat there stunned looking at the oak tree. It was covered with yellow ribbons, twenty or thirty of them. The oak tree had been turned into one big welcome banner. As the... 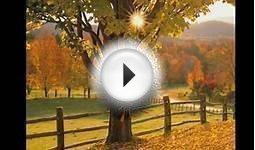 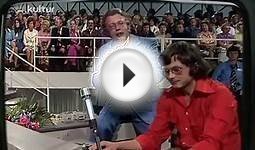 Tie A Yellow Ribbon Round The Ole Oak Tree_dawn 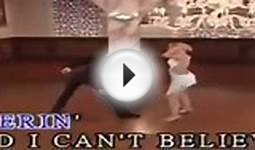 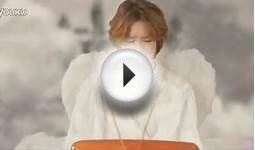 SHINee - Tie The Yellow Ribbon Round The Old Oak Tree