OheMGee! Bords, this was fascinating for me when I found out. Super chika to the maximum level talaga. Kasi nga, diba yung mga 80s kids diyan – ang trademark eh yellow and black. Kung nag-kolehiyo ka nung mga early 80s, after ng assassination ni Ninoy Aquino – you can relate to this. Remember the biggest thing then was to wear yellow and black.

Yellow was to represent the yellow ribbon tied around lamp posts all over the place in line with the song, “Tie a Yellow Ribbon” written by Irwin Levine and L. Russell Brown and recorded by Tony Orlando for the anticipated return of Ninoy Aquino from exile in the U.S. A yellow ribbon is a symbol with various meanings, mostly associated with those waiting for the return of a loved one. 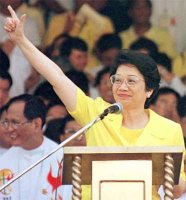 Interestingly in Singapore, the government has initiated an annual Yellow Ribbon campaign to promote giving ex-convicts a second chance in society. Typically, a person shows his support for ex-convicts by pinning a yellow ribbon on his shirt during the annual campaign. Ang shoray diba?!

Black unfortunately represented Ninoy’s untimely death when he was assassinated at the tarmac of the airport now known to most of you as Ninoy Aquino International Airport (NAIA). The anticipation turned to sorrow and everyone wanted to express their mixed joy-turned-to-grief by wearing yellow and black.

I remember Cory Aquino wearing the symbolic yellow dress and yellow eyewear in order that she may express to the Filipino people that she is one with them. It brought camaraderie among all Filipinos from all walks of life which resulted in the fall of the Marcos regime.

The one and only “People Power” that toppled two decades of dictatorship and a peaceful one at that.

Guess what peeps! I was blog hopping and I regularly go to Kitty Go’s Blog just to browse and see what new socialite scandal may be brewing. Kitty Go is widely known as the writer of two books namely, When Chic Hits the Fan and Chic Happens. She also became a household name during the time that Chikatime.com was in existence. I like the way she writes and her sense of humor.

I read one of her entries entitled, “We’ve been had!” and was surprised to find out that the “yellow” during that time that former President Aquino wore at every rally and every event, was a ploy. As written on Kitty Go’s blog, she quotes from one of the issues of “The Week”:

THEIR GREATEST TRIUMPH CAME IN THE PHILIPPINES, WHERE THEY HELPED CORY AQUINO UNSEAT THE MARCOS REGIME IN 1986. TACTICS INCLUDED ADVISING AQUINO TO WEAR YELLOW SO THAT CROWDS COULD SHOW THEIR SUPPORT BY WEARING THE SAME COLOUR, AND PRE-EMPTING MARCOS’ ATTEMPT TO RIG THE VOTE BY TAKING A CRUDE EXIT POLL AND DECLARING VICTORY.” 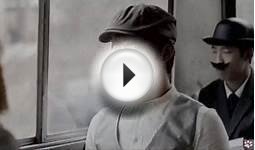