It is not just the fact that "Tie a Yellow Ribbon..." became a #1 hit but more importantly it became a cultural phenomenon. The song was written by Irwin Levine and L. Russell Brown based on the true story of a convict returning home after time in jail. The story appeared in an article in the New York Post (1971). The article quoted a white handkerchief around the tree, but Levine and Brown changed the wording to a yellow ribbon. "Tie a white handkerchief around the old oak tree" did not fit the melody they had in mind for the song. In addition, yellow ribbons had appeared in various forms for centuries likely to have come out of Puritan heritage.
During the English Civil War, the Puritan Army of English Parliament wore yellow ribbons and yellow sashes onto the battlefield. The song was later epitomized in a 1949 movie by the same name starring John Wayne. Perhaps this movie was the inspiration for the idea of the yellow ribbon in the song written by Levine and Brown.

This was only the beginning...

During the Iran hostage crisis, the yellow ribbon was used a symbol of support for the hostages held at the United States embassy in Tehran. This symbolism continued and gained further notoriety in December 1979, when Penelope Laingen, wife of Bruce Laingen who was the most senior foreign service officer being held hostage, tied a yellow ribbon around a tree on the lawn of her Maryland home.
The yellow ribbon saw renewed popularity in the United States during the Gulf War in the early 1990s. It appeared along with the slogan "support our troops", in the form of yellow ribbons tied to trees, and countless other contexts. It often had the implied meaning of "bring our troops home" from the Desert Shield and Desert Storm troop deployments. It appeared again during the 2003 invasion of Iraq with similar meanings, most prominently in the form of a yellow ribbon printed on magnetized material and displayed on the outside of automobiles.
The yellow ribbon is also an emblem for suicide awareness and additionally, the yellow ribbon is the emblem color for endometriosis.
https://graniteempirecin.com granite countertops near me: home 2021 granite.
Source: awakenings2012.blogspot.com 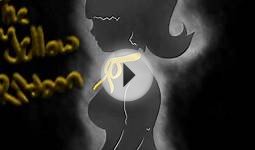 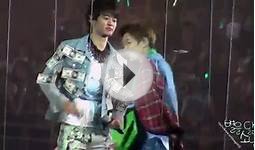